The RSPB has today published the annual Birdcrime Report.

87 confirmed incidents of Raptor Persecution. As we well know the number of incidents that are discovered/recorded are just the tip of the iceberg as previous highlighted by the BASC Director of Communications Christopher Graffius in this publication from December 2017. 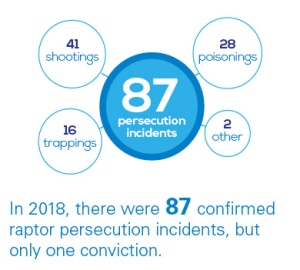 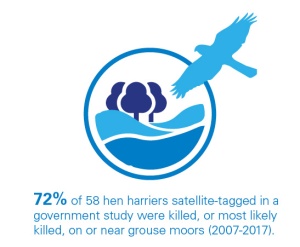 As well as the year that NERF Members in the Peak District were involved in a study of the catalogue of Raptor Persecution Incidents recorded in the Dark Peak alongside the disparity between breeding success of both Goshawk and Peregrine Falcon in the Dark Peak compared to the White Peak areas of the Peak District National Park. The report from the study can be read here

Natural England’s answer to the issue of illegal raptor persecution in our uplands was to implement their flawed policy of Hen Harrier brood management on the basis that it is essential for Hen Harrier conservation and will lead to an increase in the English population. That second assertion may be true during the breeding season, but it totally ignores the fact that all of the evidence reveals that persecution is more problematic after the chicks disperse from their breeding grounds and that it affects many more raptor species.